Fortified monuments have a big touristic-economical potential, but until today only a few benefit from this. Many fortified monuments already present very diverse and very interesting leisure and tourism offers, a presentable world of experience for the needs of a modern society.

ECCOFORT initiated this great transnational cooperation project with 13 partners from 8 Central European countries. Sponsored by the European Union they laid the groundwork between 2012 and 2014:

- for a new quality of international fortress tourism,
- created a touristic brand for the fortress tourism for the first time,
- developed new marketing instruments for fortresses and
- founded an European Fortress Network.

With a transnational cooperation the establishment of new parameters for the preservation, touristic use and economic consolidation of the Cultural Heritage Fortified Monuments began in 2013. This includes the cultural route and the responsible management organisation. 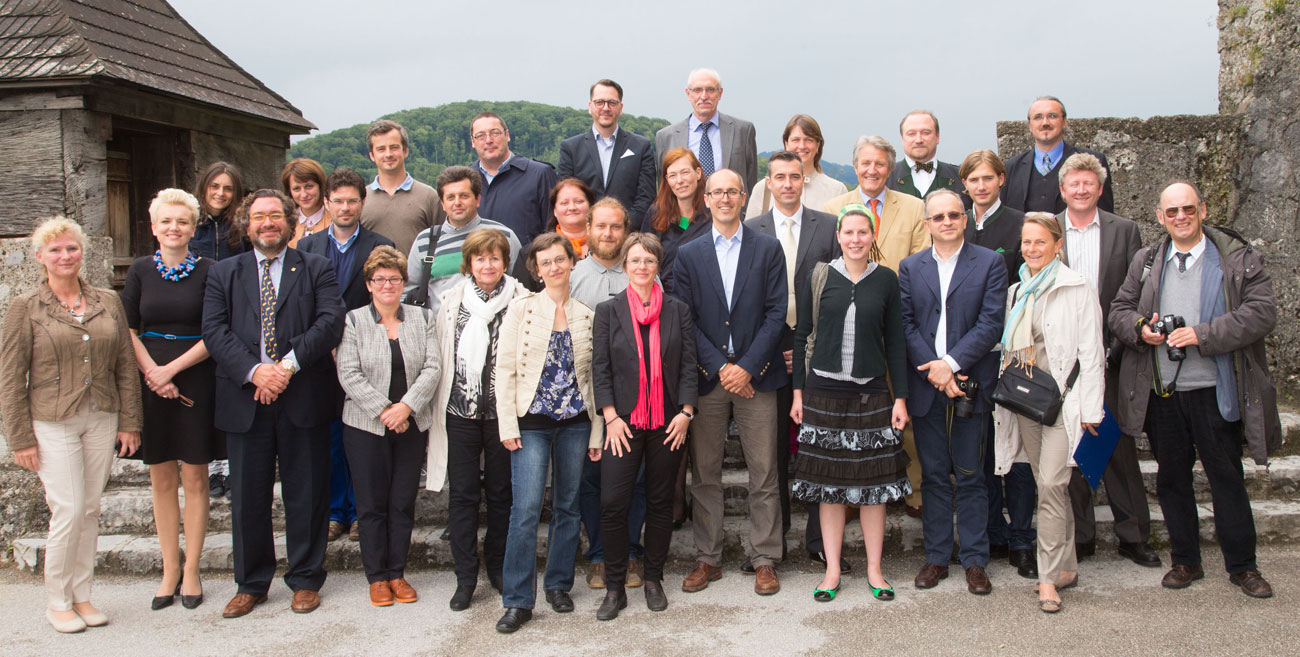 Contributors to the European funding project "FORTE CULTURA" to the network conference at Hohensalzburg (AT), June 2013

Organisations / institutes involved in the project